“There is no safe investment,” writes C. S. Lewis in The Four Loves, for:

…to love at all is to be vulnerable. Love anything, and your heart will certainly be wrung and possibly be broken. If you want to make sure of keeping it intact, you must give your heart to no one, not even an animal. Wrap it carefully round with hobbies and little luxuries; avoid all entanglements; lock it up safe in the casket or coffin of your selfishness. But in that casket — safe, dark, motionless, airless — it will change… It will not be broken; it will become unbreakable, impenetrable, irredeemable. The alternative to tragedy, or at least to the risk of tragedy, is damnation. The only place outside heaven where you can be perfectly safe from all the dangers and perturbations of love is hell. I believe that the most lawless and inordinate loves are less… [destructive] than a self-invited and self-protective lovelessness… We shall draw nearer to [what we seek], not by trying to avoid the sufferings inherent in all loves, but by accepting them… throwing away all defensive armour. If our hearts need to be broken, and… this is [the] way in which they should break, so be it. What I know about love and believe about love and giving one’s heart began in this.

I’ve been mulling over this one a lot lately — over-dwelling on it, perhaps, belaboring the point, and cyclically turning it over and over again in my own mind. “I believe that the most lawless and inordinate loves are less [destructive] than a self-invited and self-protective lovelessness,” writes Lewis, for “if our hearts need to be broken, and… this is [the] way in which they should break, so be it.” The cynic in me is tempted to question: does anyone in their right mind actually believe this? Did Lewis himself believe it while watching his adored wife Joy dying of cancer mere months after he penned those words? In the end, is this radical position a sustainable — and survivable — paradigm by which to live? It’s certainly a difficult doctrine to swallow, particularly in the teeth of personal suffering. If, in the end, Lewis is right — that there are no safe investments — wouldn’t it be easier, less painful, less gut-wrenchingly traumatic in the long run to not invest at all? Wouldn’t it be more conducive to one’s all-around emotional and psychological well-being? When you have reaped the consequences of a lifetime of being too invested, of staking too much, of, like Othello, loving “not wisely but too well,” then a self-invited and self-protective loneliness starts to look a lot less like selfish escapism and a lot more like good business practice.

As best I recall from my World Religions textbooks, Buddhism takes as its central tenet that self-effacement, the eradication of desire, is the lofty goal to which we should all aspire — that desire lies at the root of all human suffering. In other words, it is the philosophical embodiment of Calvin (of Calvin and Hobbes)’s snark-filled observation that the secret of happiness is to “lower expectations to the point where they’re already met.” While this stands in stark contrast to Lewis’s P.O.V., there’s an undeniable appeal there; there are obvious benefits to just not wanting stuff. Namely, that you don’t get hurt. Nobody likes getting hurt, and whether you’re at the receiving end of a “let’s just be friends” talk by someone you hoped to have a future with, or whether the man you love is 7,000 miles away risking his life in a combat zone in Afghanistan, or whether you’re facing down the death of a spouse after a long and fulfilling 50-year marriage, love hurts. Nobody except maybe a real masochist wants to white-knuckle through those sleepless nights of agonizing heartache and hot streaming four a.m. tears. And no matter how you romanticize it, no matter how beautiful love’s scars may be, the pain-to-happiness ratio calls into serious question whether the whole endeavor is worth it in the vast configuration of things. After all, Lewis’s whole platform seems to be that love sucks, but the only thing that might possibly suck more than loving is not loving — a “damned if you do, damned if you don’t” kind of equation if ever there was one. Anthony Hopkins, who portrays Lewis in the biopic Shadowlands, even notes that “the pain then is part of the happiness now; that’s the deal.”

But isn’t it kind of a shoddy deal? Wouldn’t most people think twice at the roulette wheel if the croupier told them that no matter where they placed their bets there was virtually a 100 percent guarantee that they would lose all their money? And to top it all off, most of the assholes you encounter who will quote Tennyson’s In Memoriam at you (“‘Tis better to have loved and lost / Than to jam a rusty icepick in your eye,” or whatever), are either happily married themselves or self-indulgently single. So once you’ve witnessed a seemingly endless revolving door of significant others coming and going, vowing undying love and promising to lasso the moon for you only to shortly thereafter retreat into vague memory and maybe merit a footnote in your memoirs, Lewis’s proposition starts to ring a bit hollow.

But what’s the alternative? “The alternative to tragedy, or at least to the risk of tragedy, is damnation. The only place outside heaven where you can be perfectly safe from all the dangers and perturbations of love is hell.”

It all comes down to risk, I think. One is reminded of Eliot’s question in “The Love Song of J. Alfred Prufrock”: Would it have been worth it, after all? At the crux of it, I think we love, not just because we’re hard-wired to love and be loved, but because we as human beings have an innate understanding that any gainful venture involves a certain amount of risk. A favorite scene of mine from Good Will Hunting serves to illustrate this principle, as Will (Matt Damon) inquires about Sean (Robin Williams)’s now deceased wife:

Will: So, when did you know, like, that she was the one for you?

Will: Jesus Christ. You know the f-ckin’ date?

Sean: Oh yeah. ‘Cause it was game six of the World Series. Biggest game in Red Sox history.

Sean: My friends and I had, you know, slept out on the sidewalk all night to get tickets.

Will: You got tickets?

Sean:Yep. Day of the game. I was sittin’ in a bar, waitin’ for the game to start, and in walks this girl.

Robin Williams then proceeds to describe in glorious living detail the play-by-play of game six, to which Will responds:

Will: I can’t f-ckin’ believe you had tickets to that f-ckin’ game!

Will: Did you rush the field?

Sean: No — I was in a bar havin’ a drink with my future wife.

Will: To have a f-ckin’ drink with some lady you never met?

Sean: Yeah, but you shoulda seen her. She was a stunner.

Will: I don’t care if Helen of Troy walks in the room, that’s game six! Oh my God, and who are these f-ckin’ friends of yours they let you get away with that?

Will: What did you say to them?

Sean: I just slid my ticket across the table and I said, “Sorry guys, I gotta see about a girl.”

Will: I gotta go see about a girl?

Will: That’s what you said? And they let you get away with that?

Sean: Oh yeah. They saw in my eyes that I meant it.

Will: You’re kiddin’ me.

Nobody wants to suffer the pain of loss; that’s a given. Nobody wants to miss game six of the World Series, or to spend a decade watching the one you love suffering from an incurable illness. Nobody wants breakups, betrayal, divorce, death, disillusionment. Nobody wants to watch a love that once was ablaze with life go out in puttering sparks of pseudo-glory like a 90s rock star. Nobody wants to be left all alone with nothing to do but stare into the “big black hole at the center of your own sorry soul.” But it distills down to this: in any given situation, is it worth risking any or all of those things? What do you stand to gain? Are you willing to make that calculated gamble? Sure, I think Lewis oversimplifies and muddies the equation by presuming that love is always worth the crapshoot; sometimes it’s not. Sometimes your mangled-to-a-bloody-pulp-heart gets run through the nearest paper shredder. You win some, you lose some, and sometimes you lose a whole lot more than you win. But I find myself inevitably coming back to the same position, which is that there’s really no way out and no way around but to give it a shot. It’s not so much that the glory of love always outweighs the pain — we live in a fallen world, after all — but rather that the pain of regret is infinitely worse than the pain of loss. Prufrock’s question — would it have been worth it, after all? — is the one question you never want to be left asking yourself as you reminisce about that chick (dude) you saw in a bar once 20 years ago.

There are no safe investments, but we invest anyway. Because heartbreak is transient, but regret is eternal.

密码保护：The Administration’s Approach to the People’s Republic of China
2010房地产调控我们收获了什么? 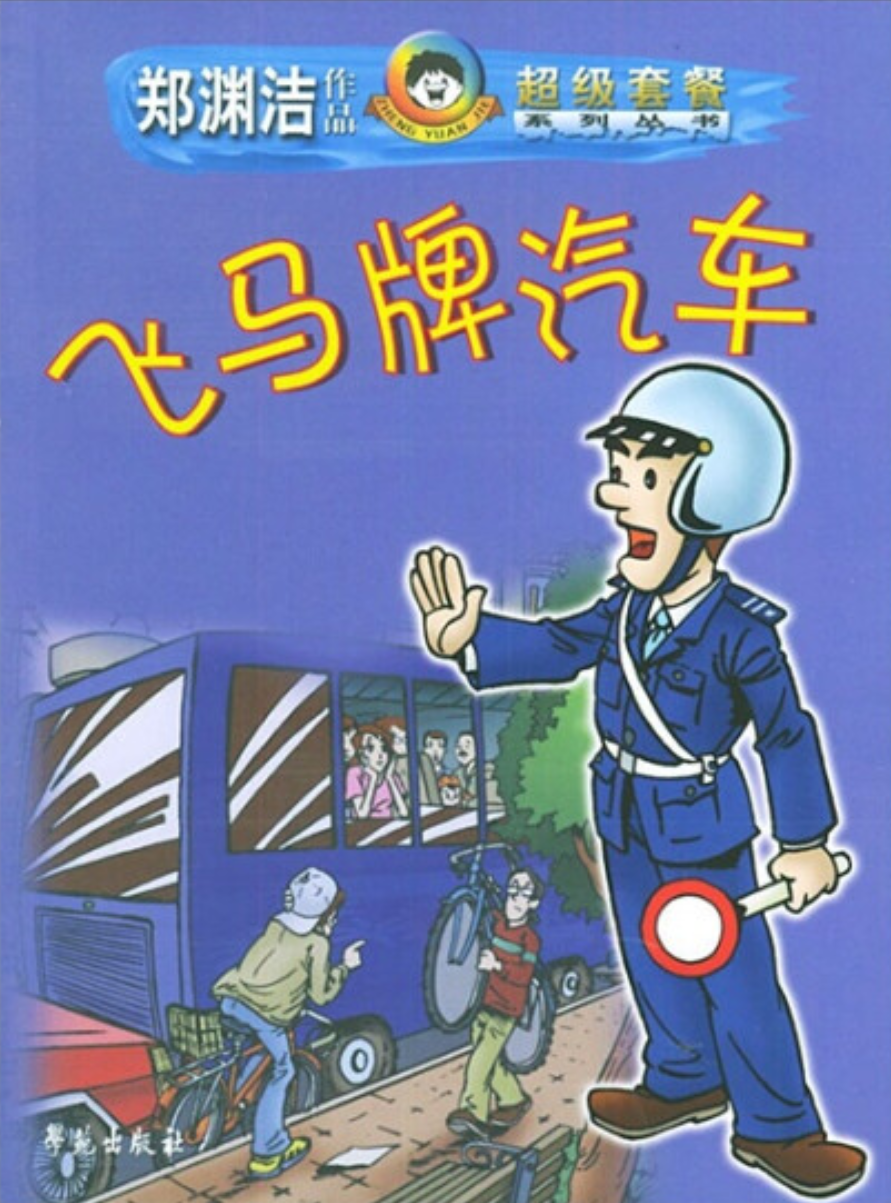 “THERE’S ALWAYS NEXT TIME” … UNTIL THERE’S NO NEXT TIME 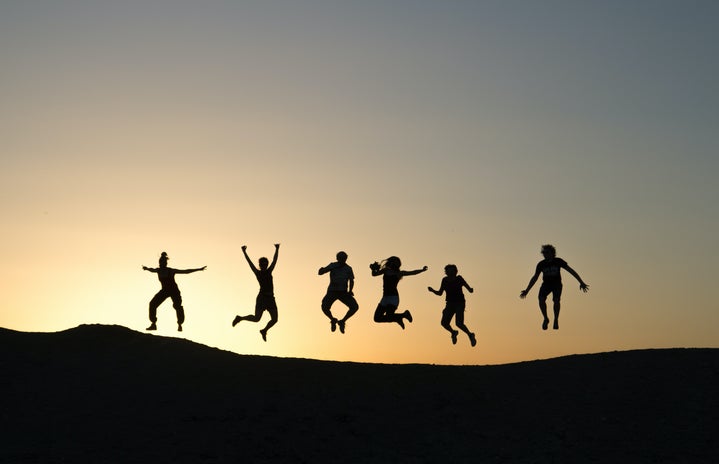